Have you ever have times when you are unrelenting and unforgiving towards someone who hurt you or someone close to you? For me, there are more times than I can remember and recount. When someone close to me says something that hurt me, my pride, who I am and they insist they are right and refuse to listen to what I have to say… I can tell you, I am not thrill at that and in my heart blossoms rage at the person. I want to  be angry at that person, relentlessly go against that person. I want to teach that person what it means to not listen to what I have to say, I want that person to understand that what they said hurt me and it is unforgivable for them to just do such a thing. I am persistent in being upset until they realize that they have said something, done something quite offensive to me.

Then Peter came to Jesus and asked, “Lord, how many times shall I forgive my brother or sister who sins against me? Up to seven times?”

Jesus answered, “I tell you, not seven times, but seventy-seven times.

But I know the Lord wants me to forgive them for their ignorance. I want to obey God, but I am in SO much pain! How can I just forgive someone freely and let them hurt me like that?

Do I do what I want or do what honors God? Then, again, why should I let people walk all over me?

“Therefore, the kingdom of heaven is like a king who wanted to settle accounts with his servants.  As he began the settlement, a man who owed him ten thousand bags of gold was brought to him. Since he was not able to pay, the master ordered that he and his wife and his children and all that he had be sold to repay the debt.

“At this the servant fell on his knees before him. ‘Be patient with me,’ he begged, ‘and I will pay back everything.’  The servant’s master took pity on him, canceled the debt and let him go.

“But when that servant went out, he found one of his fellow servants who owed him a hundred silver coins. He grabbed him and began to choke him. ‘Pay back what you owe me!’ he demanded.

“His fellow servant fell to his knees and begged him, ‘Be patient with me, and I will pay it back.’

“But he refused. Instead, he went off and had the man thrown into prison until he could pay the debt. When the other servants saw what had happened, they were outraged and went and told their master everything that had happened.

“Then the master called the servant in. ‘You wicked servant,’ he said, ‘I canceled all that debt of yours because you begged me to.  Shouldn’t you have had mercy on your fellow servant just as I had on you?’  In anger his master handed him over to the jailers to be tortured, until he should pay back all he owed.

“This is how my heavenly Father will treat each of you unless you forgive your brother or sister from your heart.”

When I think of His mercy towards me, I know He did so out of love. So I forgive, perhaps not because I love the other person, but because I love God, because I want to honor Him and glorify His name, and I know He loves ALL His children – those who acknowledge Him and those who are ignorant of His ways.

Above all, love each other deeply, because love covers over a multitude of sins.

I know it is hard to do when all that is inside you repel against forgiving, when the pain is so deep it rips you in half. Let me tell you, holding onto that anger, that rage, that hate, and that pain, it will cause you more harm and will keep hurting you; but if you decide to let go and forgive, you are not letting others’ words hurt you, and you will be able to move forward without hurt in you. The person who said those hurtful things to you may have forgotten their words, or they may not even know how they’ve hurt you.

I find that when I let go and forgive the person and the words that stab me in the heart, I am more at peace and I am able to let love in. Love makes everything possible, hate chokes you up and demands you find an outlet…let that outlet be an outlet of love. 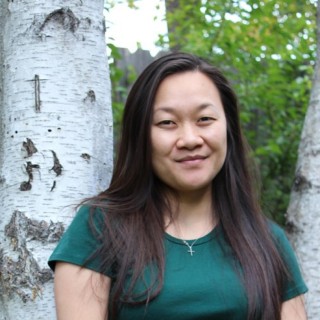